Government has suspended its concession agreement with the Power Distribution Services (PDS) bringing back the Electricity Company of Ghana (ECG) in full control.

In an official statement signed by Information Minister, Kojo Oppong Nkrumah, it stated that, the decision was taken after government detected “fundamental and material breaches of PDS’s obligation in the provision of Payment Securities (Demand Guarantees) for the transaction which have been discovered upon further due diligence.”

“The government is conducting a full enquiry into the matter and the outcome will inform the next course of action”, the statement read.

It however explained that, “Government has taken steps to ensure distribution, billing and payment continue uninterrupted”

Speaking in an interview on TV, Kojo Oppong Nkrumah further stressed that, the government is concerned with securing the assets being handed to PDS.

“We have through deep intelligence detected that they have issues with those guarantees that were provided…they were not valid as a step we have taken measure to secure the assets of the state by suspending the concession agreement,” he said. 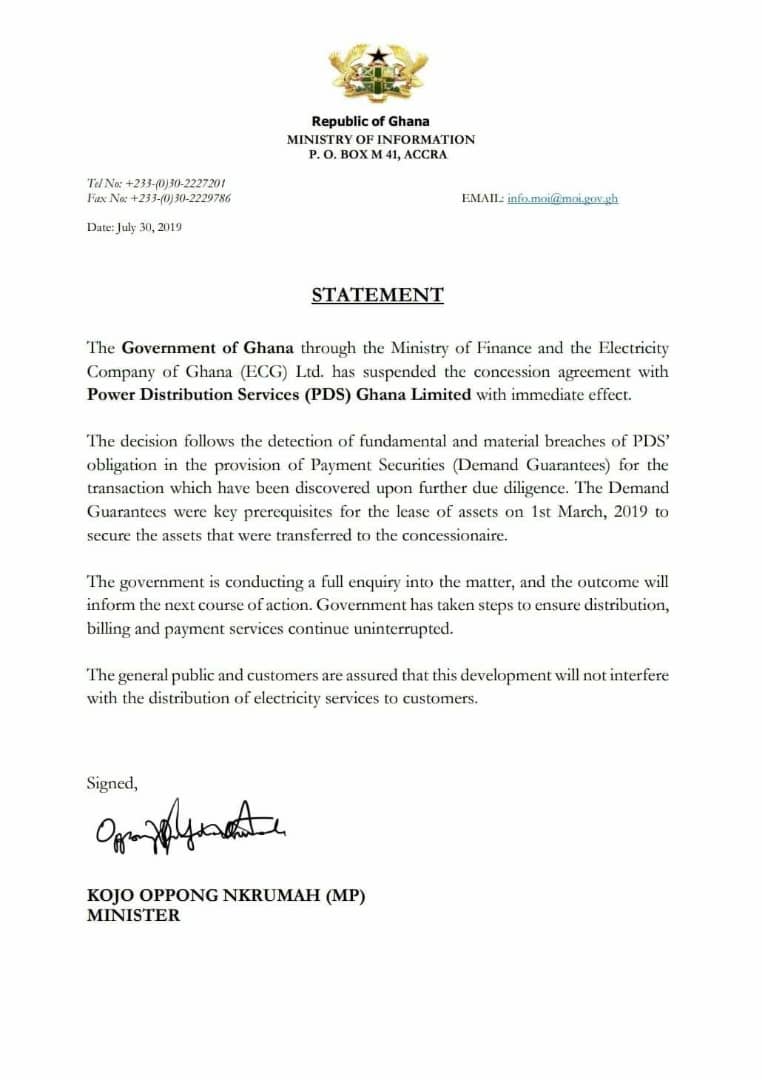