The Ghana Police Service has released an official statement about the body parts which were discovered in the home of one of the suspects in the missing Takoradi girls case.

In the statement, the police announced that they will be conducting a forensic test on the bodies which were discovered at the home of the suspect to identify whether they are indeed the missing girls.

On Friday evening, Police who were conducting investigations into the missing girls case in Takoradi retrieved human parts from a sewage system behind the house of the accused suspect Sam Udoetuk Wills in who loves in Kansaworodo in Takoradi.

“In the afternoon we saw some CID personnel around and around 5pm we saw the Regional Police Commander and his team including the kidnapper entering the house. Yes, I can confirm this is the very house where the suspect was living. We used to see him around”, an eyewitness was reported to have told Citinews.

See the police statement below….. 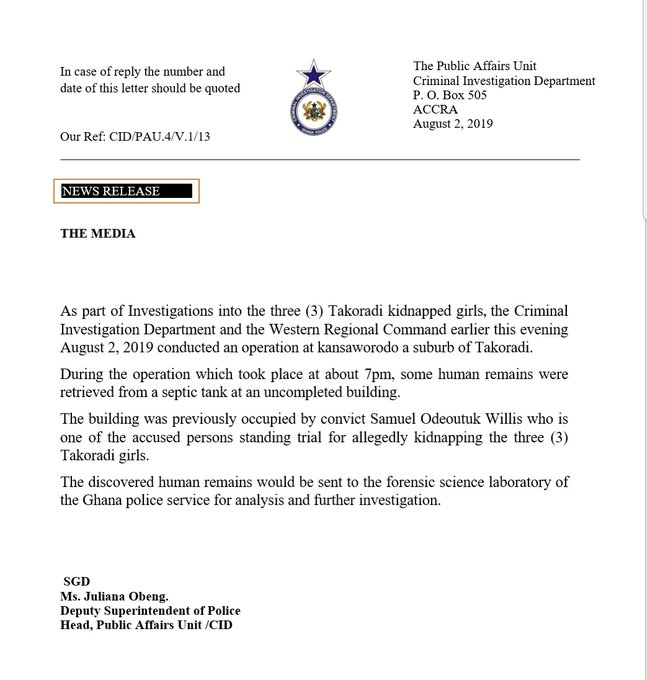