The Functional Executive Committee (FEC) of the NDC has dissolved the present Akatsi North and South Electoral Committees.

These committees were overseeing the conduct of the parliamentary primaries in the two constituencies.

In their stead, new teams have been put in place to ensure the credibility and integrity of the electoral process.

The decision comes after weeks of accusations of bias leveled against the committees. 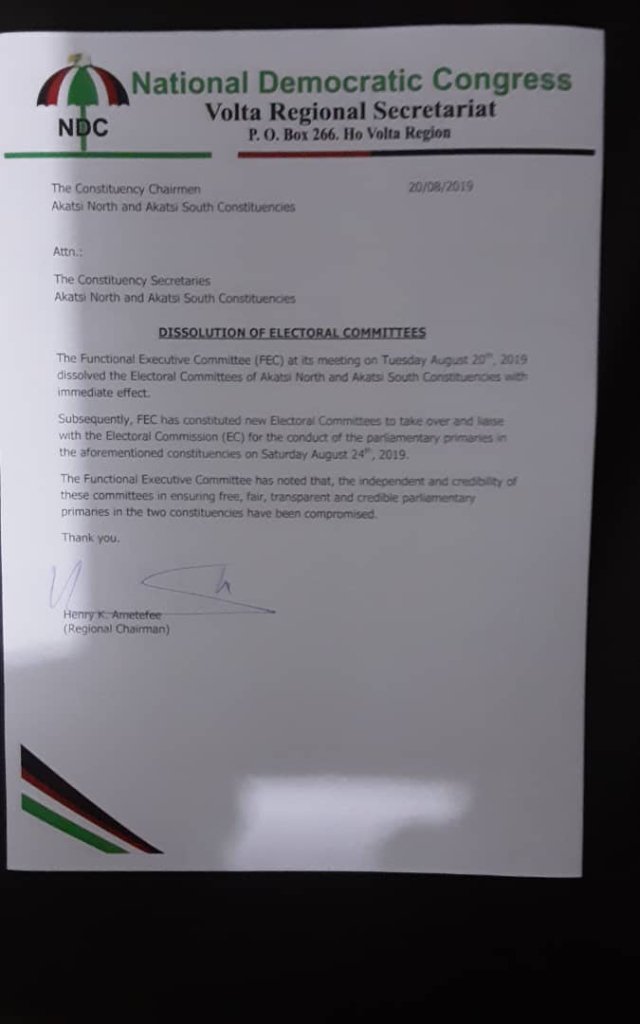 “Subsequently, FEC has constituted a new Electoral Committees to take over and liaise with the Electoral Commission(EC) for the conduct of parliamentary primaries in the aforementioned constituencies on Saturday, August 24th, 2019,” the press statement said.

It continued that; “the Functional Executive Committee has noted that the independence and credibility of these committees in ensuring free, fair, transparent  and credible parliamentary primaries in the two constituencies have been compromised.”

Whereas that of Akatsi South is made up of Mr. Ben Siki Abibu as Chairman and George Kportorwu, Jude Agbamava, Evelyn Goni and C.K. Awudi as members.