The Parliamentary Select Committee on Local Government and Rural Development on Monday visited the newly constructed Kumasi Compost and Recycling Plant (KCARP) at Bosomtwe in the Ashanti Region.

The Kumasi Compost and Recycling Plant (KCARP) is part of Jospong Group of Companies’ Integrated Recycling and Compost Plant (IRECOP) initiative to receive, sort, process and recycle solid and liquid waste in the country.

The ultra-modern factory, which was constructed with the support of Germany and Austrian engineers, is expected to create 500 direct jobs and hundreds of indirect jobs.

The Kumasi Compost Plant is expected to commence full operation in the first week of March, 2020, barring any unforeseen circumstances.

Addressing the legislators and the media at the facility, the Managing Director of KCARP, Mr. Samuel Ntumy, appealed to the MPs to help the company secure an Off-taker agreement with government for the smooth running of the projects. 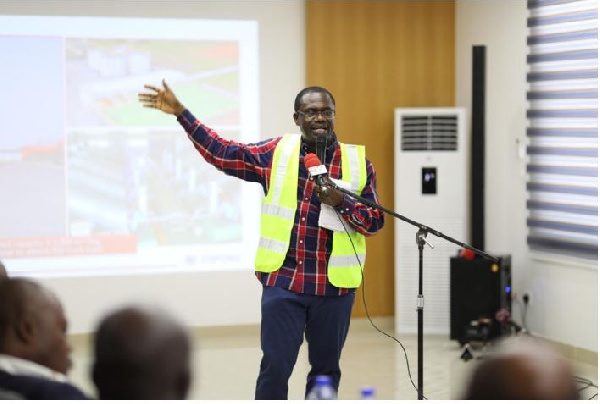 “Originally, we envisaged to construct a 600 tonnes waste plant but in our feasibility studies and analysis, we realised that given the same infrastructure we could actually do 1,200 tonnes of waste per day and even more. Our regional agreement was for 600 tonnes per day but now we will be able to install 1,200 tonnes per day,” he said.

On his part, Dr Joseph Siaw Agyepong, Group Chairman, JOSPONG, said starting Zoomlion with tricycles around 2006, the company has come a long way with innovative and technology-driven waste management infrastructure.

Jospong highly appreciated the Asantehene Otumfuo Osei Tutu II for giving out the land for the project.

“I want to thank His Majesty Otumfuo Osei Tutu II for granting us and giving us a land; the Kumasi Compost Plant land. I went to Nana that Nana we need land here. We have one of the compost and recycling plants in Accra, we need one in Kumasi and through his able leadership we got the land at no cost,” he said. 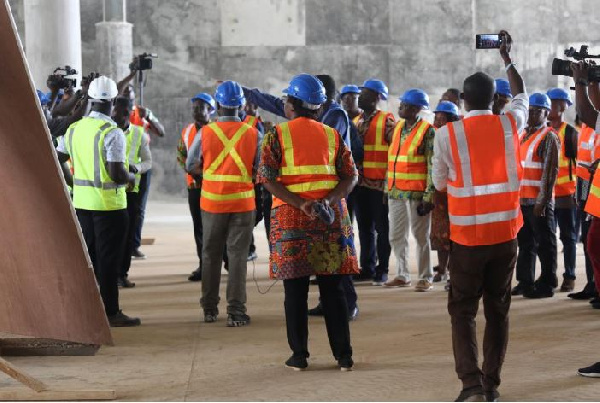 He revealed that plans are afoot to construct similar compost and recycling plants across the country, to carry out the company’s 50-year development plan to develop a sustainable integrated waste management system in the country.

The MPs expressed satisfaction at the level of work done and commended the Executive Chairman of Jospong Group, Dr. Joseph Siaw Agyepong for his commitment and determination to create jobs through the processing of waste.

On his part, Nii Lantey Vanderpuye, Ranking Member of the Committee, seized the occasion to commend Jospong Group for their hard work and effort over the years.

While commending the company’s methods of addressing the sanitation challenges in the country, the Odododiodoo MP urged the company to improve stakeholder engagement skills before rolling out new initiatives.

“I must say we as a Committee we appreciate the work of the Jospong Group, but the company must do well to constantly engage government to increase the confidence between the two parties,” he added.

According to him, if such engagements are properly streamlined, the myriad of challenges facing the company would be addressed without frustrations, if government receives the necessary briefings. 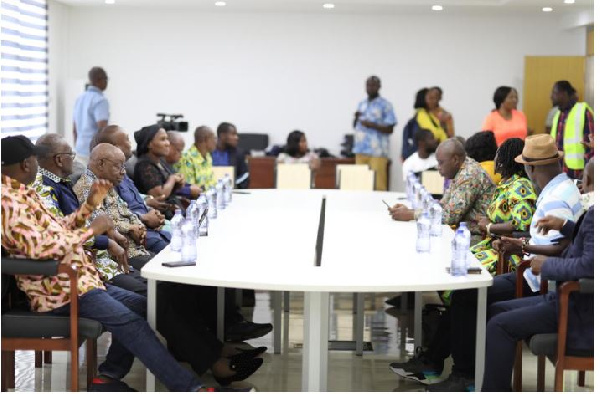 The Minister pointed out that since the formulation of policies are the preserve of the executive, it is imperative for Jospong Group to seek government’s approval before committing huge funds in constructing factories of such nature.

“Government really appreciate the effort of this company, but I must emphasize that the same government does not want to be ambushed.

“Since government happens to be the only customer or body to grant the company approval or sovereign guarantee to embark upon new project, the company must endeavor to seek the consent of government before making some of these commitments or investments,” he added.

Additionally, the Bosome-Freho MP, Joyce Adwoa Akoh Dei thanked JOSPONG Group for the yeo-man’s job, stressing that the Committee “has been encouraged by what we have seen so far”.

She added that the Committe would continue to offer its unflinching support to ensure that the company successfully carries out its work without any hindrance.

Mohammed Abdul-Aziz, Member of Parliament for Mion Constituency added that it is important for the company to ensure the sustainability of it operations, adding that, “adoption of best industry practices is the way to go”.

According to him, lots of employment opportunities would be created if industry protocols or regulations are respected.

On this score, he urged government to offer Jospong Group the necessary assistance by signing off-taker agreements with the company.

“If we want the company to create more jobs and sustain the existing ones, then it behooves government to enhance the previous off-taker agreements,” the MP stressed.

Member of Parliament for Ahafo Ano North, Suleman Adamu Sanid also urged all stakeholders to support the effort of the Jospong Group, to help remove the bottlenecks facing the sanitation sector.