The Duke and Duchess of Sussex appeared to criticize Buckingham Palace for putting a yearlong review period on “Megxit” while not doing the same for other royals who wanted their own careers in the past.

Prince Harry and Meghan Markle have pointed out that Buckingham Palace has not treated them the same way as other royal family members in their latest statement on “Megxit.”

The couple released new details on their transition out of royal life on their Sussex Royal website, where they said: “While there is precedent for other titled members of the Royal Family to seek employment outside of the ­institution, for The Duke and Duchess of Sussex, a 12-month ­review period has been put in place.”

Many of the British media interpreted this as a swipe at Prince Harry’s cousins, Princesses Beatrice and Eugenie, who do not carry out official engagements on behalf of Queen Elizabeth II and instead have their own careers.

“While there is precedent for other titled members of the Royal Family to seek employment outside of the institution, for The Duke and Duchess of Sussex, a 12-month ­review period has been put in place,” the couple said in a statement on their website.

Many of the British press have interpreted this as a swipe at Princesses Beatrice and Eugenie, who have their own careers and still retain their HRH titles.

Unlike Prince Harry and Meghan Markle, however, Beatrice and Eugenie have never undertaken duties on behalf of Queen Elizabeth II, and so no “transitional period” would have been required for them.

Buckingham Palace did not immediately respond to Insider’s request for comment. 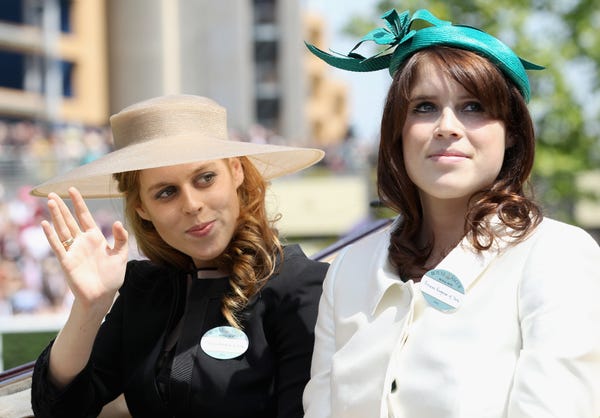 One headline from The Mirror said: “Meghan Markle and Prince Harry’s ‘hidden statement dig’ at Beatrice and Eugenie.” Cheat Sheet reports the couple “shaded” their cousins.

The Telegraph reported that “the ‘Megxit’ fallout is pulling royal cousins apart.”

“I feel as they keep stressing how unhappy they are with the arrangement, that their complaints sound petty,” Richard Fitzwilliams, a royal commentator, told Insider of the latest statement.

“They should concentrate on making the best of the present and aiming high as they obviously will, with both their charitable ventures and with their earning potential.”

“They should not be making comments about the royal family which they know perfectly well will be interpreted as being bitter which, of course, they are,” he added, in reference to the couple’s statement on their decision not to use the word “royal” at the request of the royal family. 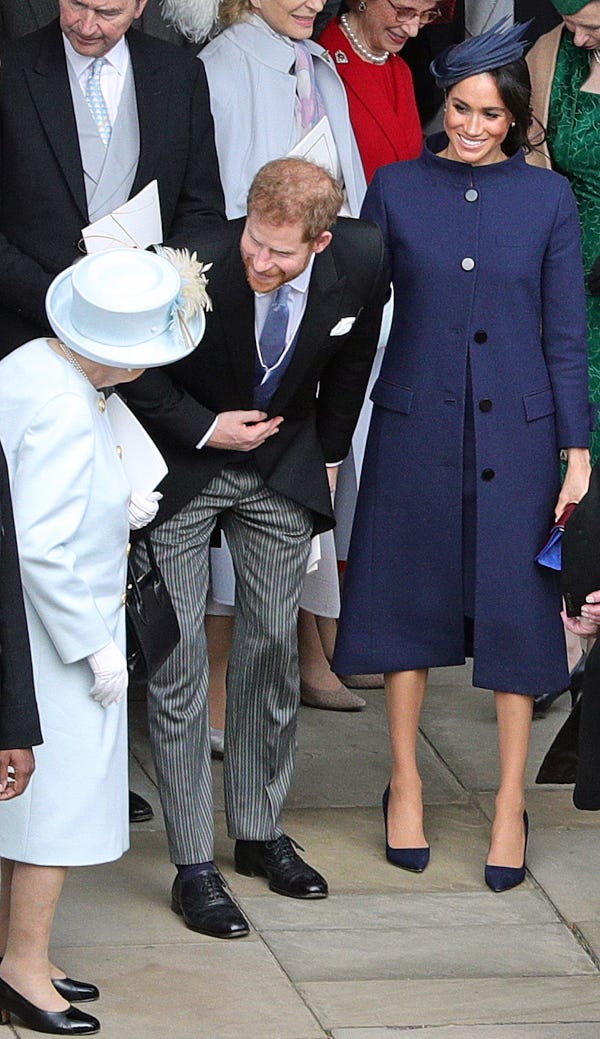 Buckingham Palace has not officially responded to the statement.

It’s worth noting, however, that while Beatrice and Eugenie were born with HRH titles like Harry, they have never carried out official royal engagements on behalf of the Queen and the royal family.

Therefore, they never had to traverse a “transitional period” from public to private work as Harry and Markle have.

Not to mention, Beatrice and Eugenie aren’t the only royals the duke and duchess may have been referring to.

Years before Megxit, the Queen’s son Prince Edward and his wife, Sophie, Countess of Wessex, were given permission to earn their own living while simultaneously representing the Queen.

“When Prince Edward married Sophie, she was successful and she worked in PR, and he ran his own production company,” Marlene Koenig, a royal expert for History Extra, previously told Insider.

“The Queen agreed to allow the couple to work at their careers with some royal duties … this worked for a bit but it all came crashing down in 2001,” Koenig added, in reference to the News of the World journalist who went undercover as a potential client for Sophie’s public-relations firm.