Coronavirus: British nationals stuck in Accra after UK evacuation flight made to return

Hundreds of British nationals are trapped in Accra after the UK was forced to cancel a planned evacuation flight.

A commercially chartered British Airways flight 78 was due to depart from the Ghanaian city on Monday to send some 360 British nationals home.

The plane which was flying from London to Accra to pick the UK nationals was made to return to London after three hours into its journey, says Joynews.

The planned evacuation was under a special arrangement facilitated by the British High Commission following the closure of Ghana’s air, sea and land borders to stop the importation of COVID-19 into the country.

The pre-authorisation for the BA flight 78 was contained in a letter dated, March 23, and signed by the Director-General of GCAA, Simon Allotey, citing approval by the Inter-Ministerial Committee on COVID-19 of a request by the British High Commission.

However, the flight got cancelled because approval for the flight to depart had been rescinded, Joynews reports.

There is currently no explanation from the GCAA for the rescission decision, however, the aviation authority has confirmed that the initial approval has been rescinded.

The UK nationals embarking on the journey were compelled to return to their various destinations unsure when they would go back home. 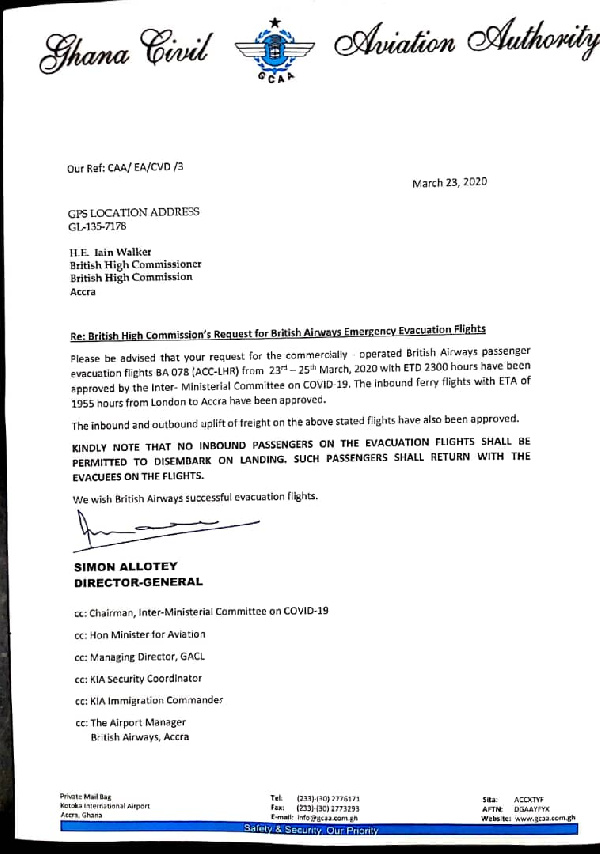 The news portal reported that the rescission of the initial approval granted by the COVID-19 committee was communicated to the UK High Commission via a phone call.

Several US citizens have however made it out of Ghana under a similar arrangement onboard a Delta Airlines flight facilitated by the US embassy.

Approval for the Delta Airlines Evacuation Flight is contained in a letter dated March 22, also signed by the GCAA Director-General also citing approval by the Inter-Ministerial Committee on COVID-19. 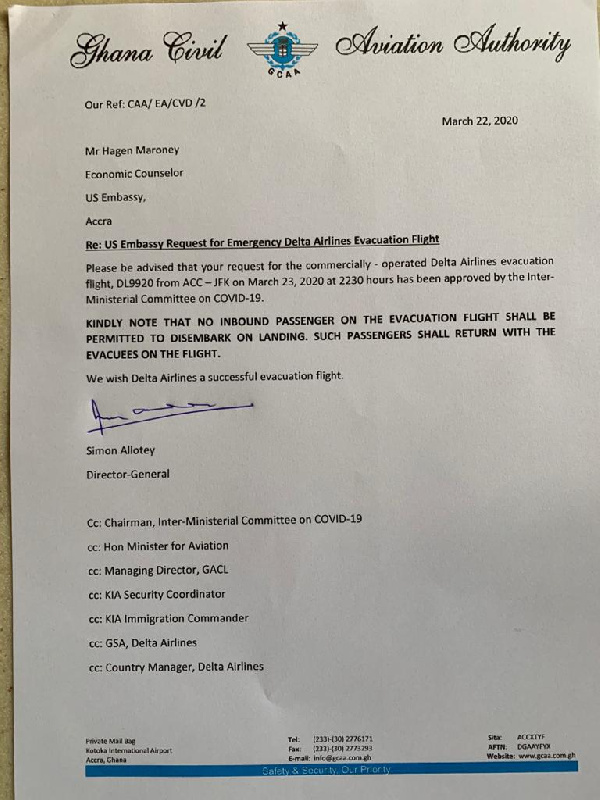 Coronavirus: US lawyer sues China for $20 trillion, says virus was cooked as a biological weapon

Coronavirus: US lawyer sues China for $20 trillion, says virus was cooked as a biological weapon

‘…Sick to my stomach’: White women who voted for Trump turn on him

Ghana’s Trade Minister says the country is ready for AfCFTA

‘…Sick to my stomach’: White women who voted for Trump turn on him

Ghana’s Trade Minister says the country is ready for AfCFTA