As the British public awaits a report from a committee set up by the government to study the cause of disproportionate COVID-19 deaths among Black Asian and Minority Ethnic (BAME) healthcare workers, a DNT study conducted ahead of that report has revealed that the fear of being infected with the coronavirus is a major concern of an overwhelming majority of that group.

To the question “do you worry that you may contract the coronavirus from your workplace,” 88.9% responded in the affirmative while only 12.1% said they were not worried. Surprisingly, in spite of the death potential of contracting the virus, a slight majority (55.9%) said the thought of resigning their job has never crossed their minds. Only 44.1 said that thought has crossed their minds. 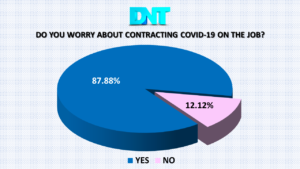 A study conducted last month by a group of clinicians and published by the Health Service Journal found that of 106 medics who had died from coronavirus, 94 per cent of the doctors and dentists and three-quarters of the nurses and midwives were from a Bame background. 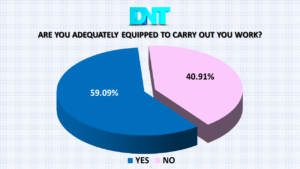 By way of contrast, people from Bame communities comprise 44 per cent of the overall NHS staff and about 13 per cent of the UK population. The apparently higher rates of Bame workers in the NHS dying or becoming critically ill with Covid-19 prompted the government last month to announce a formal review by Public Health England. 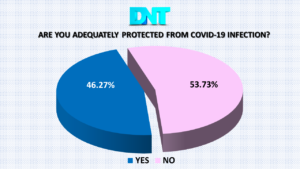 But some doctors questioned whether the NHS would be able to easily take the steps needed to reduce the risk to Bame health workers given the pressure on staffing levels and protective equipment supplies during the pandemic.

The United Kingdom still leads Europe in COVID-19 deaths although Spain and Russia have more confirmed cases, suggesting that proving care for coronavirus patients still represent a considerable challenge. The answer may be improving not only the equipment but in examining other logistical details when it comes to protection given to frontline workers. 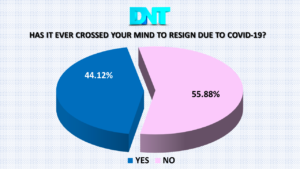 Pakistani passenger plane crashes near Karachi, 107 on board Malawi’s electoral chief resigns ahead of election rerun