Notice: Trying to get property 'child' of non-object in /home/crrgt5mpbkz1/public_html/wp-content/themes/jnews/class/ContentTag.php on line 45

Notice: Trying to get property 'child' of non-object in /home/crrgt5mpbkz1/public_html/wp-content/themes/jnews/class/ContentTag.php on line 27

Notice: Trying to get property 'child' of non-object in /home/crrgt5mpbkz1/public_html/wp-content/themes/jnews/class/ContentTag.php on line 45

Notice: Trying to get property 'child' of non-object in /home/crrgt5mpbkz1/public_html/wp-content/themes/jnews/class/ContentTag.php on line 27

She kept a collection of artwork with butterflies in her home. A few years ago, she launched a specialized clothing line that included the image of a butterfly on many of the items.\

Like the butterfly, “she believed that all of us were continually evolving,” said her close friend and “spiritual daughter” Alicia M. Ivey, CEO of Goldbergs Concessions Corp. “Sometimes we go through a very painful time but we evolve into something that is great and eternal.”

The influential King, founding minister of Hillside International Truth Center in Atlanta, died Sunday at her home after an illness.

The 6-foot-5-inch Houston native was a towering presence in Atlanta and in the faith community with her ministry reaching audiences in several nations including Germany and Ghana.

She led a New Thought, affirming, healing ministry, according to her church bio. She was among the first Black ministers who openly embraced the LGBTQ community and helped people with HIV/AIDS.

She started the ministry with a prayer group of 12 people in her home in 1971, which grew to include more than 3,000 members.

During a time when the societal virtue is “being tested, we will lean on Dr. Barbara’s legacy of peace, humanity and love,” Bottoms said in a statement.

Michael King said his mother, who was also an author and businesswoman, developed what he thought was a stomach virus several weeks ago, was hospitalized and, eventually, released from the hospital. 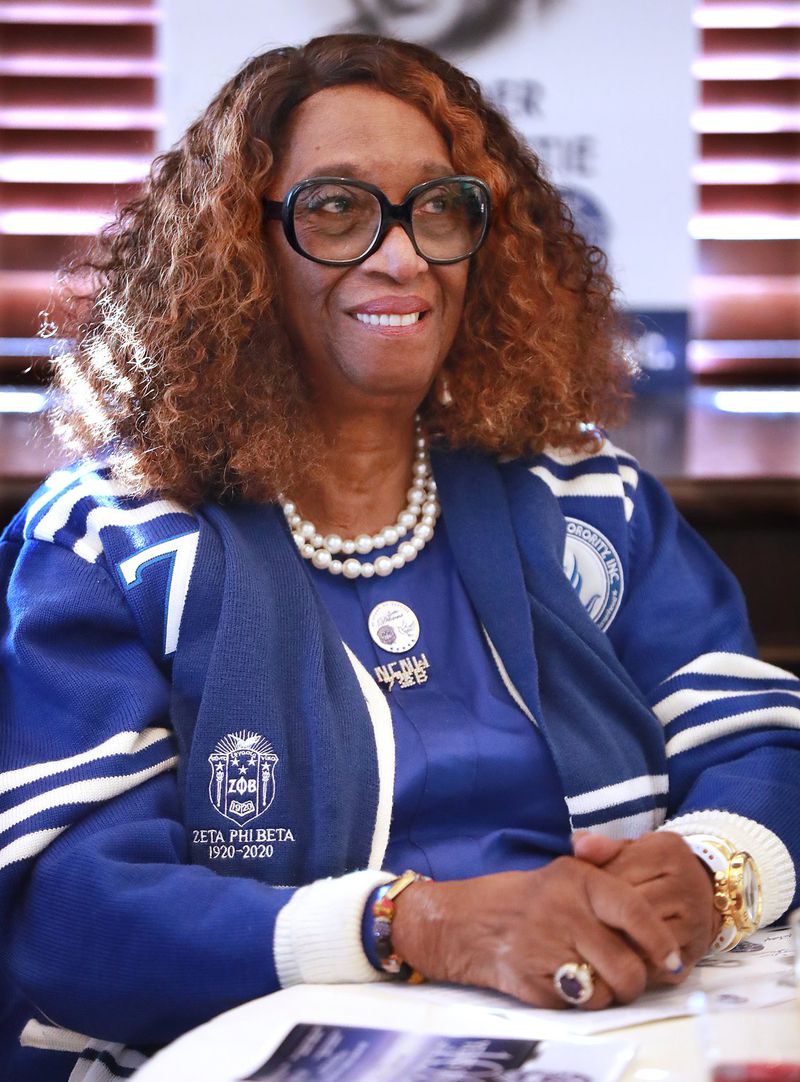 “She was truly loved,” he said. “All of the people she wanted to see were around her,” even her beloved two dogs.

Bishop Jack Bomar, executive bishop at Hillside said King’s legacy is one of “truth telling, truth teaching, truth preaching and truth living … She would never do anything without going to Spirit first.”

It wasn’t surprising to see celebrities and well-known political and business figures at her Cascade Road church, which sits atop a hill.

In 2019, Marianne Williamson, the bestselling author and activist, made a stop at Hillside during her presidential campaign. Oprah Winfrey visited, as did comedian George Wallace.

Minister Louis Farrakhan, who leads the Nation of Islam, played the violin at King’s second wedding.

She counted among her friends Della Reese, Quincy Jones, Maya Angelou, Gladys Knight and Iyanla Vanzant, another of her “spiritual daughters.”

Vanzant, a bestselling author, inspirational speaker and host of “Iyanla: Fix My Life,” said she met the minister at a conference in 1994 and King invited her to visit her church in Atlanta.

She described King as “powerful, no nonsense, caring.”

If you messed up and went to King, said Vanzant “She’d want to make sure you were taken care of, then she would want to know, ‘what were you thinking’?”

Vanzant posted a video about King’s death saying she had “joined the ancestors” and that she made the transition from “this experience to the eternal experience.”

She said the two loved to eat together and both loved fried chicken, would often pray together and shared the same astrological sign.

“To find a minister who would even discuss an astrological sign, that was like mind-blowing to me,” Vanzant said.

Chuck Day, a member and owner of a computer company, met King nearly a decade ago at a scholarship fundraiser. One of the auction items was a dinner with King. He didn’t know how but “her spirit drew me to her.”

They had such a good time talking that King asked Day whether he would be interested in listening to some jazz at a nearby club. They became fast friends.

“She was so kind and giving of herself to everyone,” he said. “She would really do anything for you.”

Once King asked Day to accompany her to California, but his mother’s birthday was around the same time. He was surprised when King invited his mother and sister along.

It became ever more special when she invited the three of them to join her at the home of good friend Della Reese.

King earned a bachelor’s degree in sociology from Texas Southern University, a master’s of social work from Atlanta University and — at 81 — received a doctorate of ministry from the Ecumenical Theological Seminary of Detroit. Elisabeth Omilami, CEO of Hosea Feed the Hungry and Homeless, said in a statement that King once told her ” that she had to fight the church all her life because she was a woman and many denominations didn’t believe in female ministers. … banks didn’t give loans to women, especially women of color, and she had to literally intentionally imagine that building into existence.”

Vanzant said King’s legacy was “self-realized empowerment because that is what she taught” and she made a bridge between Scripture, spirituality and African culture.

A private burial is planned for King, with a public celebration of life scheduled for Nov. 7 at Hillside.

Joe Biden makes big push in Ohio, once seen as long shot for him