by Nana Owusu-Attakorah
in News
0 0
0

The political protests in the Ivory Coast escalated from bad to worse on Saturday as citizens  tore and set fire to ballot papers in certain localities of the country and set road blocks with giant tree trunks to block people from entering or fleeing the area. 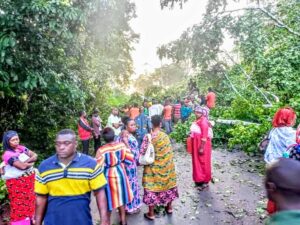 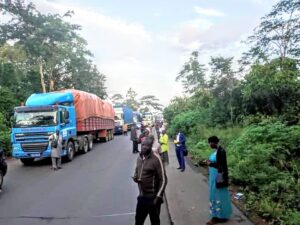 These protests are the result of President Allasane Outtara’s blatant refusal to drop his bid for re-election after 10 consecutive years in office. They argue that Ouattara’s running for a third term is illegal. They have also been calling for the Constitutional Council which validated his bid dissolved, along with the Independent Electoral Commission, believing these institutions are flawed.

Domestic and foreign statesmen such as Nigeria’s President Mahummudu Buhari and France’s President Emmanuel Macron have all tried to intervene by asking the Ivorian Head of State to back down, but to no avail.  One thing that is apparent is that Outtara is determined to hold on to power at all costs.

According to Amnesty International’s Samira Daoud, the sitting government  has targeted and arrested many activists and opposition members these last weeks solely for expressing their political views or organizing peaceful protests.

Citizens are now afraid of what the future may hold. There are legitimate concerns that if this crisis is not resolved soon, the West African country will be plunged into civil war for the second time in the decade.

The ethnicity aspect of SARS’ operation in Nigeria revealed

The ethnicity aspect of SARS' operation in Nigeria revealed

Brexit brinkmanship: UK, EU tell each other to move on trade

Brexit brinkmanship: UK, EU tell each other to move on trade