Sport are RAC1 broke the news earlier in the day that Bartomeu tended his resignation after a board meeting confirmed the vote of no confidence would go ahead no matter what.

The reports state that Bartomeu prefered to resign and leave now rather than wait and see what happened in the referendum. 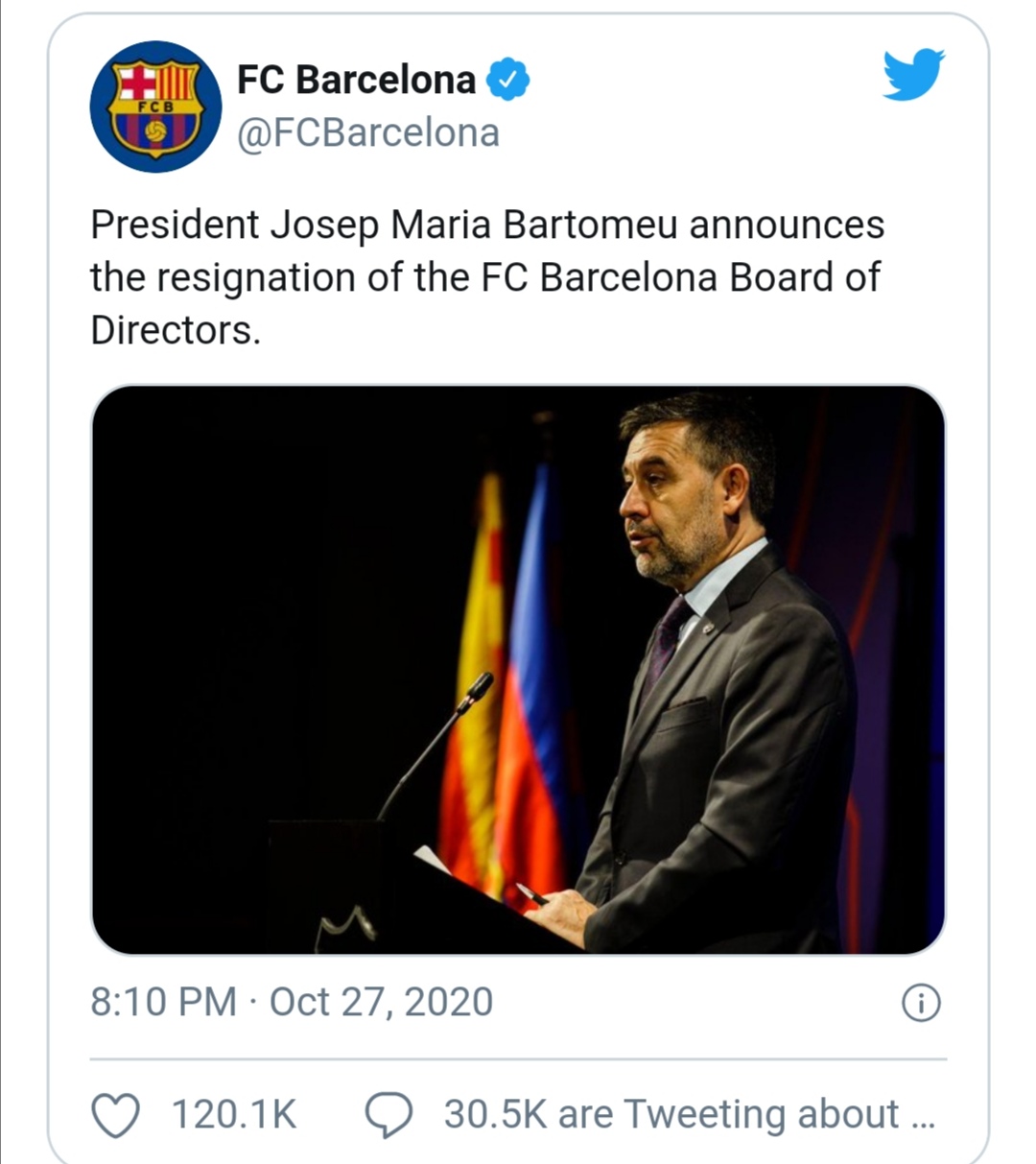 Bartomeu’s departure comes after over 20,000 supporters signed a petition calling for the president to go after becoming increasingly angry at the way the club is being run.

The president, who has been in his post since 2014, spoke at a press conference last night about the delay to the referendum and how they were waiting to hear back from the Catalan government.

The vote will no longer be needed now that Bartomeu and Co. have quit, but an election will have to be held to decide on a new president.

A number of candidates have already made it clear they want to replace Bartomeu including Victor Font, Joan Laporta and Jordi Farre.

Trump paints apocalyptic portrait of life in US under Biden

Trump paints apocalyptic portrait of life in US under Biden