The coronavirus has claimed another diaspora and NPP pillar with the passing of Richard Dombo, CEO of Ghana Railway Authority. News began making the runs on social media with members of the diaspora community expressing shock.

“This can’t be right,” said Kofi Bawuah, former National Organizer for NPPUSA upon getting the news as he stepped out of an evening meeting.

Other members of the Ghanaian diaspora especially those who were in the United Kingdom with him. A descendant of the mighty Simon Diedong Dombo whose Northern People’s Party formed an integral part of what is now known as the Danquah-Dombo-Busia tradition of the ruling New Patriotic Party, Richard was part of the building blocks of the party’s UK Branch. 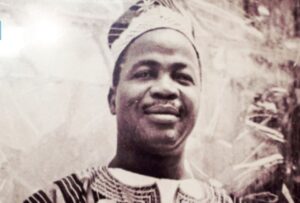 After the NPP victory in 2016, the new president Nana Addo Dankwa Akufo-Addo picked Richard for the position of CEO of Ghana Railway Authority.

A shocked Tina Ofori-Atta could only struggle out “Eeeeiii Richard nso. Hmmmm Lord have mercy” upon hearing the sad news.

Nana Yaw Sarpong: “Oh my God ! This is terrible”

Veronica Hemming: “That makes the two of us.” in response t Atta Krufi

Jones Frimpong: “I will miss the whiskey and his three pieces dressing 😭😭😭”

Alex Asare Akoto: “Unbelievable. I wish someone comes back to say its false information.”

Yaw Ayeboafo: “Whaaat? This is unbelievable. A cheerful gentleman Richard. Oh no it is becoming too much”

Richard will be missed.