These women are shaping the future of African space exploration

In the heart of Cape Town, a control room buzzes with activity. Technicians monitor a grid of screens, scanning data that will soon make its way to astronomers working to deepen our understanding of the universe.

Operated by the South African Radio Astronomy Observatory (SARAO), the data is coming from the MeerKAT array — one of the most advanced radio telescopes in the world. Comprised of 64 connected satellite dishes in a remote part of the Northern Cape, the $330 million telescope has put South Africa on the astronomy map. It’s also a key component of the Square Kilometer Array (SKA), an international effort that will see thousands of dishes built in remote regions of South Africa and Australia. 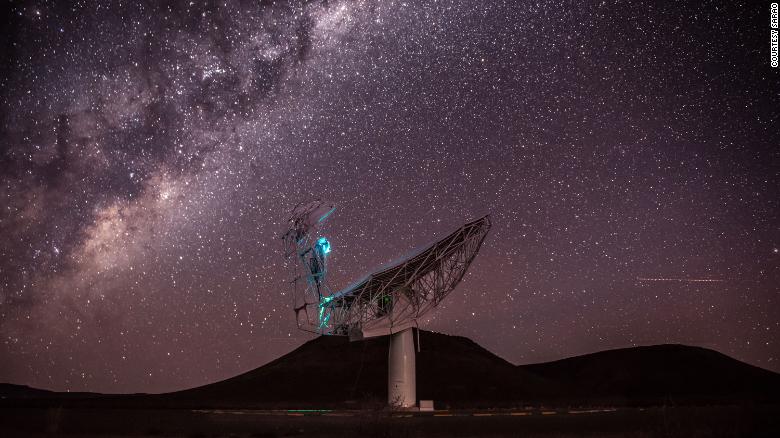 South Africa’s MeerKAT array is one of the most advanced radio telescopes in the world.
“This is probably the biggest science project on the whole continent,” says Pontsho Maruping, SARAO deputy managing director. “We’ve already started training astronomers in other African countries.”
“What excites me is the fact that it allows people on the African continent to really contribute to one of the most technologically advanced industries in the world,” she adds.
While an African-born astronaut has yet to launch to space, programs across the continent are on the rise, especially in the fields of satellites and telescopes. Consulting group Space in Africa values space programs on the continent in excess of $7 billion, while countries including Egypt, Nigeria, South Africa, Angola, Kenya, Ethiopia and Rwanda have established or expanded their space agencies in the last 20 years.
Several of those programs include women in leadership roles. In celebration of International Women’s Day, meet three inspiring female pioneers shaping the future of space exploration across Africa and beyond. 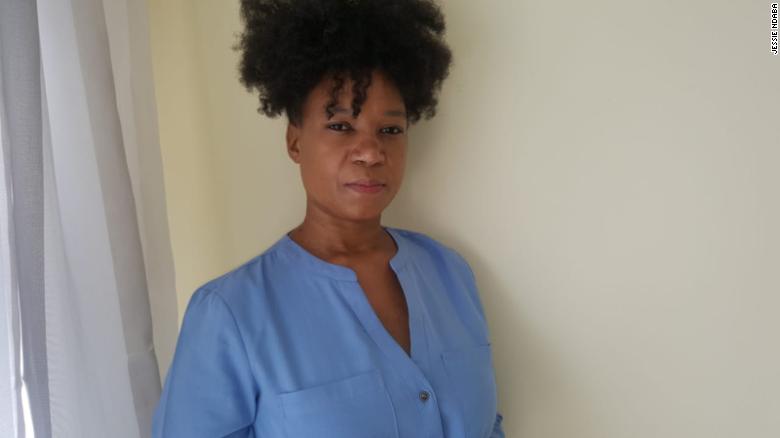 Jessie Ndaba is the co-founder of Astrofica, a satellite tech company in South Africa.
When South African space engineer Jessie Ndaba and company co-founder Khalid Manjoo named their satellite startup, the choice was easy: Astrofica — a hybrid of “astronomy” and “Africa” — seemed like the perfect fit.
The fully Black-owned satellite tech company, based in Cape Town, specializes in assembling, manufacturing and testing satellite systems — a lucrative focus of the African space industry. According to Space in Africa, 41 satellites had been launched from the continent by August 2020, and that number is likely to triple by 2024. More than $4 billion has been invested in satellite development across Africa so far.
Space “was and is a calling,” Ndaba says, noting that her fascination began with a photo of a rocket engine in a textbook gifted by her grandmother, who raised her in Johannesburg.
Having experienced the industry’s evolution over the last 15 years, she says the key to success in the sector is collaboration — and helping people on Earth. “We are all for partnering with other countries in Africa or outside Africa,” Ndaba says, “as long as we are working toward improving people’s lives.”
But she says sometimes that message gets lost, pointing to the common criticism that space endeavors are expensive and that governments like South Africa’s should be investing in improving the lives of its citizens.
“There’s a number of benefits that we get from what we do, but we fail to communicate it to people,” Ndaba says, adding that satellite imagery can be used to assess land quality for farming or housing construction.
“We’re always looking at the challenges that people are facing, and we look for the solution.”
Adriana Marais has set her sights on Mars — and it’s a mission she’s been planning for as long as she can remember.
“If I had to choose a particular outcome for my life, spending my last days on Mars would be it,” Marais says.
In 2015, the South African physicist came a step closer to realizing her dream when she was shortlisted as one of 100 astronaut candidates for the Mars One Project, a private venture to build a permanent settlement on the red planet.
Read more: Perseverance will search for ancient life on Mars. These places are next
But there’s still much to learn about Mars before humans can survive on its surface — or even successfully make the trip. After a nine-month journey just to get there, astronauts will encounter extreme conditions on arrival.
On Earth, Marais is preparing to simulate that harsh environment. In 2019, she founded research organization Proudly Human, which plans to run a series of settlement experiments in extreme environments as part of its Off-World project.
“We will have teams arriving, setting up infrastructure from scratch, and living and doing research in those extreme locations for duration of the experiment,” says Marais.
In December 2019, she traveled to Antarctica to begin setting up a community where selected participants will spend nine months in complete isolation. The project is now on hold because of the pandemic but Marais says Antarctica will be an ideal testing ground.
“Temperatures in the winter in Antarctica range between -60 and -70 degrees Fahrenheit in the interior, and this is the average temperature on Mars in terms of testing infrastructure like water systems,” she says.
According to Proudly Human, the research and technology developed to support life in environmental extremes can also help inform solutions on Earth, where billions of people worldwide lack access to clean water and air, reliable power sources, and a secure food supply.
“I feel we have a duty living in this challenging era,” says Marais, “creating a future that we can be proud of, whatever planet we’re on.” 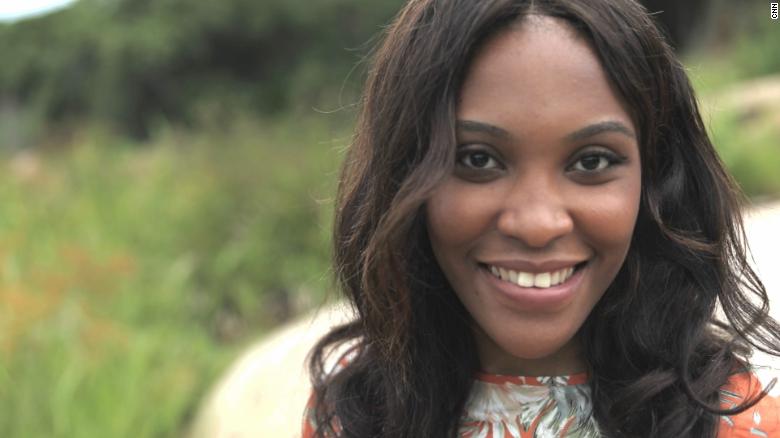 Zimbabwean Ruvimbo Samanga is a space law adviser for her home country, which began its own space program in 2018.
Growing up in Bulawayo, Zimbabwe, Ruvimbo Samanga first became interested in space as a young girl. But she never thought her love of “all things extra-terrestrial and extra-planetary” could become a viable career, and pursued law instead.
In 2018, she coached a team of law students that made history by becoming the first African entrants to win the prestigious, international Manfred Lachs Space Law Moot Court competition. That’s when Samanga realized she could combine her two passions into one career — and became a space law and policy adviser.
From there, “the opportunities were boundless,” she says. “I think (space law and policy) just give me the most effective way of bringing about change in the industry. It’s so exciting to see the field developing right before your eyes.”
Space law governs space-related activities, including the use of space technology, damage created by space objects, and the preservation of space and Earth environments — and it has to constantly evolve to keep up with developments in technology.
Samanga represents Zimbabwe on the Space Generation Advisory Council, supporting the UN Programme on Space Applications — which facilitates the sharing of space technology benefits with developing countries that don’t yet have the resources to do it themselves.
“There are a lot of challenges in Zimbabwe and an urgent need for socioeconomic development all around,” she says, pointing to the recent food security crisis brought on by severe droughts. 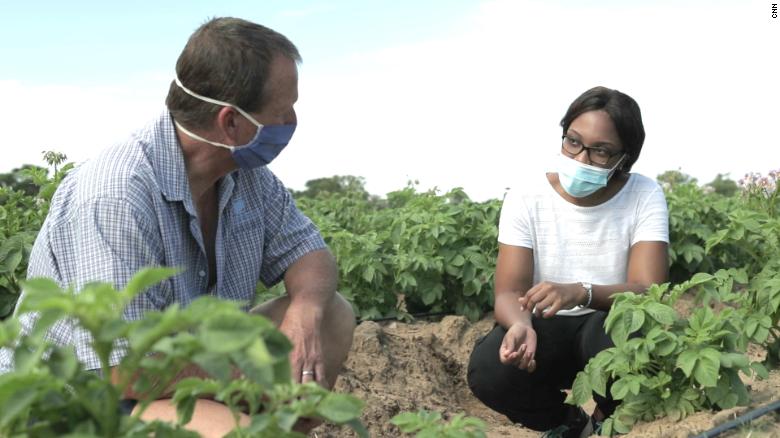 In 2019, Samanga started AgriSpace, which uses satellite technology to help farmers maximize crop yield.
Samanga built on her expertise to launch AgriSpace in 2019, a company which helps Zimbabwean farmers optimize crop yields. “I realized there was a technological gap — farmers are using archaic and traditional methods,” she says. “To bridge that gap, we use satellite imagery and data to give farmers the necessary information they need to know when to plant, how to plant, what to plant, and where to plant.”
For Samanga, all her work — from law and policy to satellite tech — stems back to her childhood fascination with space. She’s now sharing that dream with students in Zimbabwe, inspiring the next generation of space explorers from the African continent.
“I dream for a world where girls do not have to question themselves and are not questioned,” she says. “My dream is to see more African youth, especially young girls, in the African space industry.”

CNN’s John Lewis and Ian Hooper contributed to this report.

She almost embodies what they fear’: black women on treatment of Meghan

She almost embodies what they fear': black women on treatment of Meghan