The 27-year-old was part of the Team GB 4x100 relay team that won silver at the games, and said he a statement that he "would never knowingly take a banned substance".

Team GB sprinter CJ Ujah has insisted he is “not a cheat” despite testing positive for two banned substances after winning silver in the 4x100m relay in Tokyo.

Ujah and his three teammates are facing the prospect of being stripped of their Olympic medals if the case against him is proven.

The 27-year-old said in a statement: “It’s taken me a few days to process the information I received on Thursday shortly before it was made public 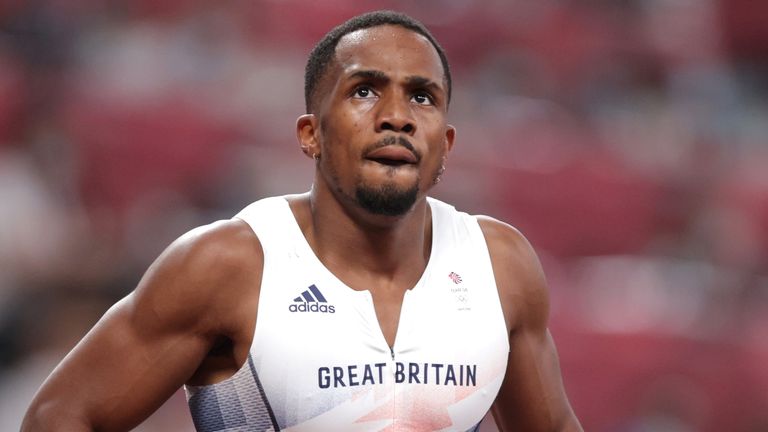 “I am completely shocked and devastated by this news.

“To be absolutely clear, I am not a cheat and I have never and would never knowingly take a banned substance.

“I love my sport and I know my responsibilities both as an athlete and as a team-mate.”

The International Testing Agency said on Thursday that two prohibited muscle-building substances – ostarine and S-23 – were found in his sample that was collected after he competed in the Olympic final.

Ujah ran the first leg of the sprint relay that saw his team including Zharnel Hughes, Richard Kilty and Nethaneel Mitchell-Blake narrowly beaten by the Italians.

At a homecoming event at the Olympic Park in east London Team GB swimmer James Guy, who won two golds and one silver medal in Tokyo, told Sky News that the news had come as a shock.

“It was a massive surprise,” he said.

“I don’t really know CJ, but you know it is what it is… I’m sure CJ will be talking to his team and Team GB and sorting out his problems.”

Guy competed for three of the GB swim relay teams at the Games and recognises the predicament every member of the sprint relay team has been thrown into.

“You are a family. You do the events together. 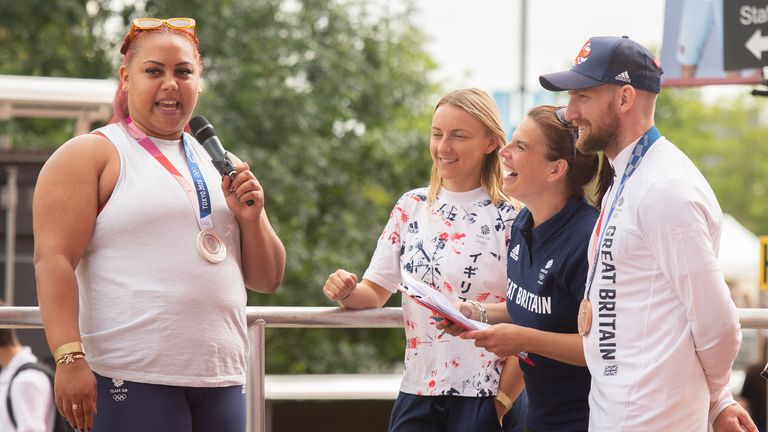 “For our team in Tokyo we had, I think, six people do one relay and you’re all part of that, and you know, the thought of that being taken away is absolutely heart-breaking.

“It’s sport – high-end sport – and these things happen now and again, very, very rarely, but I’m sure you know there’ll be an answer at the end of all this.”

The International Testing Agency is now working to confirm conclusively if the rules have been broken in Ujah’s case – if they have the Athletics Integrity Unit will then decide what punishment would follow.

CJ Ujah concluded his statement by saying: “I am respecting the formal processes and will not be making any further comment until it is appropriate to do so.”