Five months ago, Coulibaly’s replacement Hamed Bakayoko also died in Germany after a battle with cancer. Both men are from the northern part of the country from where President Alassane Outtara also hails.

Bakayoko was appointed to replace Coulibaly ahead of then Defence Minister Patrick Achie who was considered next in line, but whose southern roots made him untrustworthy to President Outtara. 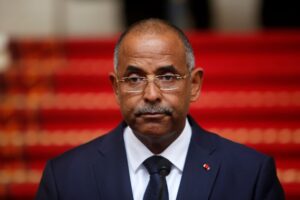 But after Bakayoko’s death, Paris leaned on Outtara to appoint Patrick Achi as the new Prime Minister because an unwelcomed trend was developing whereby all the appointed politicians to the Prime Minister position were Northern and Muslim.

Two months after being appointed Prime Minister, Patrick Achi was next to be flown to France in May for medical treatment. No information was given Achi’s health status after his four days in France, and authorities declined to comment when contacted by DNT.

Today it is President Alassane Outtara himself who is rumored to be seriously ill. He had been unseen in public for three weeks before he struggled through an appearance at a state funeral that many believed he had to attend to quell mounting rumors of his serious ailment.

Even then, eyewitnesses insist that Outtara wasn’t the same vibrant president they had grown accustomed to seeing in public. He looked frail and walked gingerly according to reports, and since then he has disappeared again.

Should the unthinkable happen and Outtara pases on, the next in line to assume the Ivorian presidency is the current southern Prime Minister Patrick Achi who is Akan and Christian.

With the world’s leading producer of cocoa politically polarized between north and south, the north-leaning ruling RHDP is suspected of exhibiting misgivings about having a southern president. 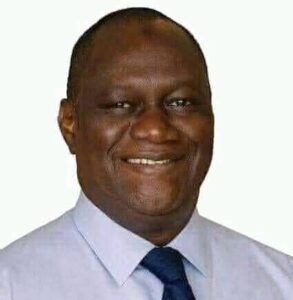 Enter Birahima Tene Outtara, defense Minister and brother to President Alassane Outtara. Birahima’s uncanny resemblance of his older brother has earned him the nickname “Photocopy.” Many Ivorians now believe that Birahima Outtara is bent on succeeding his ailing senior brother should the unthinkable happen. 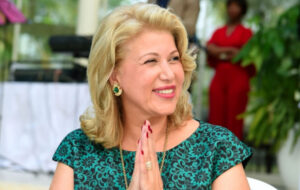 Questions are now filling the Ivorian social media space as to why the First Lady would take Birahima’s wife along to meet with Macron in Paris. What role is she playing on that trip?

Cote d’Ivoire has struggled politically in recent times. It all started when President Lauren Gbagbo, an Akan, refused to yield power after the 2010 election produced opposition leader Alassane Outtara, a northerner, as winner.

Outtara had long been shielded from the presidency because his Burkina Faso roots was used to question his full Ivorian citizenship and consequently qualification to be president. France had to step in to quell another potentially costly unrest.

Outtara on his part didn’t help matters much when he began losing prime ministers and ultimately decided to seek a controversial third term after dubiously amending the constitution and wiping away his first term in office.

Between two deaths, one resignation, and two other unstated reasons, Outtara has had five Prime Ministers including the current Achi who has recently started having health problems.

One Ivorian chef joked that may be they should check what’s in the water at the Prime Minister’s residence. “It cannot be a coincidence that one country can lose so many Prime Ministers,” he wondered.

Outtara’s second re-election was marred by opposition boycott and subsequent nationwide rioting protesting what Ivorians considered his illegitimate third term. And now his health appears to be in  jeopardy and his Photocopy younger brother appears to be scheming to replace him.