GITFIC-Mexico trade relations to begin with tomatoes and tequila

Before trading the commodities, GITFIC with its partners; National Investment Bank and Bank of Africa will have factory visitation exchange programme with their Mexican trade partners.
Mr Selasi Kofi Ackom, Chief Executive Officer of GITFIC revealed this to the Ghana News Agency in Accra after holding series of meetings with their business partners.
“After meetings with the Mexican Missions in Ghana, we have identified two commodities; tomatoes and tequila to immediately start with.
“We have gone beyond mere rhetoric and talk-shop and have approached two of GITFiC’s partners;- National Investment Bank and Bank of Africa (meeting with our highly respected MDs, DMDs, Mexican Ambassador, Mexican Deputy Head of Missions and Team to preliminarily discuss financing the Ghanaian – Mexican Trade.” 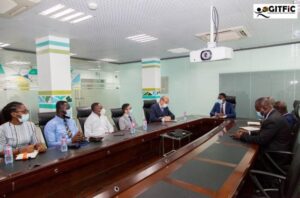 Mr Ackom said the team would begin with factory visitations in the coming days before traveling to Mexico in January for the other leg of the discussions.
“We are privileged to be serving as the facilitators and initiators of this history after 60 years of Diplomatic Relations between the two countries.”
Mexico is the world’s largest supplier of tomotoes and should the partnership work they could supply tomatoes for the revival of Pwalugu tomato factory and others that could spring out of government’s one District, one factory programme.GNA