A 13-year-old boy from Burkina Faso is being hailed as a hero for using a slingshot to shoot down a French army drone last Saturday near the city of Kaya, which is about 103 kilometers north northeast of Ouagadougou.

It all started with journey by a convoy of the French Army from Abijan in Cote d’Ivoire on its way to the Nigerien capital of Niamey. 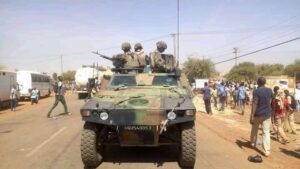 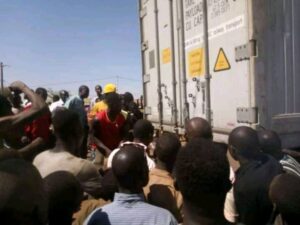 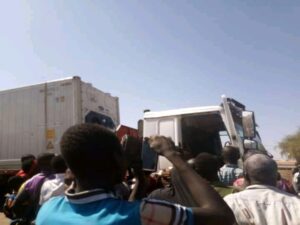 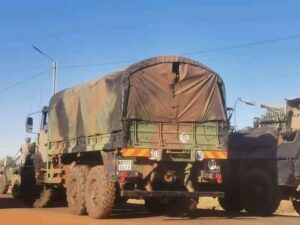 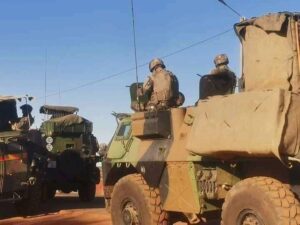 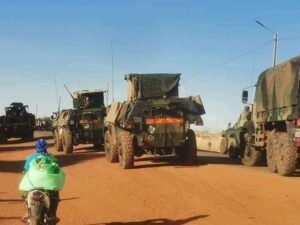 After having crossed the border between Cote d’Ivoire and Burkina Faso, all seemed fine as the convoy travelled through the latter country. but at the town called Kaya, the convoy encountered angry protesters who accused the French Army of supplying jihadists who have tormented parts of Burkina Faso for years now.

The fast growing crowd of protesters even demanded to open a container belonging to the French Army but it’s not clear if they found anything to confirm their suspicion according to reports by DNT correspondent.

The situation degenerated into a high tension variety prompting the French Army to fire warning shots into the sky. That didn’t work so they deployed a drone to capture aeriel video to access the situation.

that’s when the 13-year-old boy (name unknown) used his slingshot to shoot down the drone.

The French Army convoy eventually turned back and returned to the capital of Ouagadougou, where they were able to catch a plane and fly to Niamey.