Benin army says two were killed between the night of Tuesday December 1 to Wednesday December 2,2021, after a Jihadist group attacked Benin army personnel in the Atakora region in the north-west of the Republic of Benin.
An official statement by the army confirmed the deaths of two and attributed the attacks to unknown armed men. One of the two was killed on Tuesday and the other later on Wednesday. 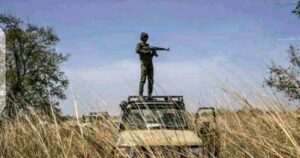 The report said the armed men attacked the Benin border patrol army at the country’s border with Burkina Faso close to De Porga, a village in the north-west Benin.
The incursion in Porga region was the second in Benin this week. A statement by army chief Colonel Fructueux Gbaguidi and cited by DNT news established that Islamist militants attacked an army patrol in the department of Alibori on Tuesday morning. 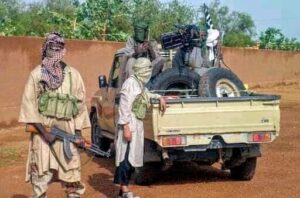 Such attacks are rare in Benin, but movements linked to al-Qaida and Islamic State are active in its northern neighbors Burkina Faso and Niger and have made increasing raids on the south.
This is observed as the first attack in history of the West African country.