Ask for forgiveness, while advocating Peace

Captain Moussa Dadis Camara, now called Moïse Dadis Camara who is an ex-officer of the Guinean army who served as the President of Guinea from 23 December 2008 to January 2010 has returned from exile. 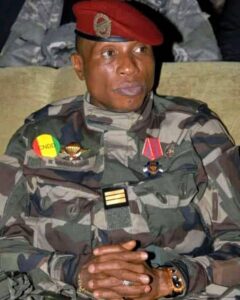 Moïse Dadis Camara became head of state after his National council for Democracy and Development seized power in a military coup d’etat on 23 December 2008 shortly after the death of long-time president Lansana Conte.

After nearly 11 years in exile, Moïse Dadis appeared at the Conakry airport on his knees on December 22,2021 with a Bible and a Q’uran asking for forgiveness from the Guinean people. Moïse Dadis Camara returned as a Catholic, advocating peace and reconciliation. 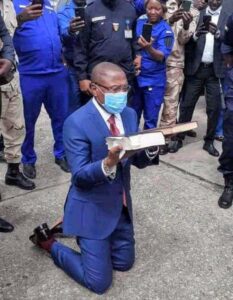 Before fleeing the country in 2010, Guineans staged a protest , demanding his step down on 28 September 2009 in the capital Conakry. Dozens died and many others were displaced after the military responded. The former president Cámara was reportedly shot in the head on 03 December 2009 during an assassination attempt and later left the country to Morocco for medical treatment. He has since been in exile in Burkina Faso where he converted from Islam to Catholicism. 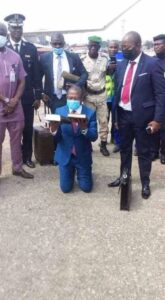 Covid boosters: Housebound patients to get jabs by Christmas