Dr. Arikana responded to the question by saying;

He’s a young man and I think that if we have any hope of really truly having a relationship with France as equitable, we have a better chance with Macron than any other leader that might come. 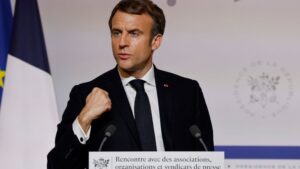 In furtherance, the educator narrated that the French President knows the truth, and she believes He would’ve made some great changes if He had his way but for his hands which are tied. She continued saying; And He also faces the reality that France is a very poor nation.

It is still not known how the young French President Emmanuel Macron won the admiration of Dr. Arikana Chihombori-Quao, but the former AU Ambassador to the States has no doubts that at the core, Macron would like to do the right thing.

He’s a young man who knows the truth,

I don’t think He wants himself brawled with all this nonsense but;

The reality is, He has a country to protect

A poor country that has nothing

That is depending on Africa 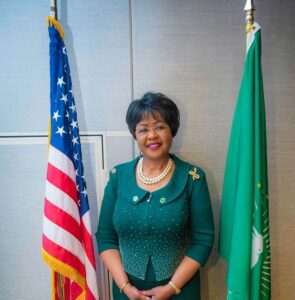 Dr. Arikana finished her submission by citing that there is a lot for President Macro to analyse and pay rapt attention to, but for that, He would’ve been the preferred candidate for Africa to make parallel with, stressing her believe that if Africa has any hope of improving and having a better relationship with France, is through Macron.