No Result
View All Result
Home Crime and Punishment

Former movie producer Harvey Weinstein was found guilty of rape and two other sexual assault counts by a Los Angeles jury on Monday, marking the second conviction of the onetime Hollywood kingmaker who became the face of #MeToo sexual abuse allegations five years ago.

The jury found Weinstein guilty of rape, forcible oral copulation and sexual penetration by a foreign object involving one woman, but acquitted him of charges relating to a second alleged victim, the Los Angeles Superior Court announced.

Weinstein, 70, is already serving a 23-year prison sentence after being convicted of sexual misconduct in New York.

The former model and actress that Weinstein was convicted of raping at a Los Angeles hotel in 2013, and known in court as Jane Doe 1, issued a statement shortly after the verdict.

“Harvey Weinstein forever destroyed a part of me that night in 2013 and I will never get that back. The criminal trial was brutal and Weinstein’s lawyers put me through hell on the witness stand, but I knew I had to see this through to the end, and I did. I hope Weinstein never sees the outside of a prison cell during his lifetime.”

Elizabeth Fegan, Siebel Newsom’s attorney, said in a statement: “While we are heartened that the jury found Weinstein guilty on some of the counts, we are disappointed that the jury could not reach a unanimous verdict on Jane Doe 4,” Fegan said.

“She will continue to fight for all women and all survivors of abuse against a system that permits the victim to be shamed and re-traumatized in the name of justice.”

In Los Angeles, Weinstein faced seven counts of rape and sexual assault from four women during encounters between 2004 and 2013.

The jury acquitted Weinstein of a felony charge of

Los Angeles County District Attorney George Gascón said in a statement: “I am of course disappointed that the jury was split on some of the counts, but hope its partial verdicts bring at least some measure of justice to the victims.” 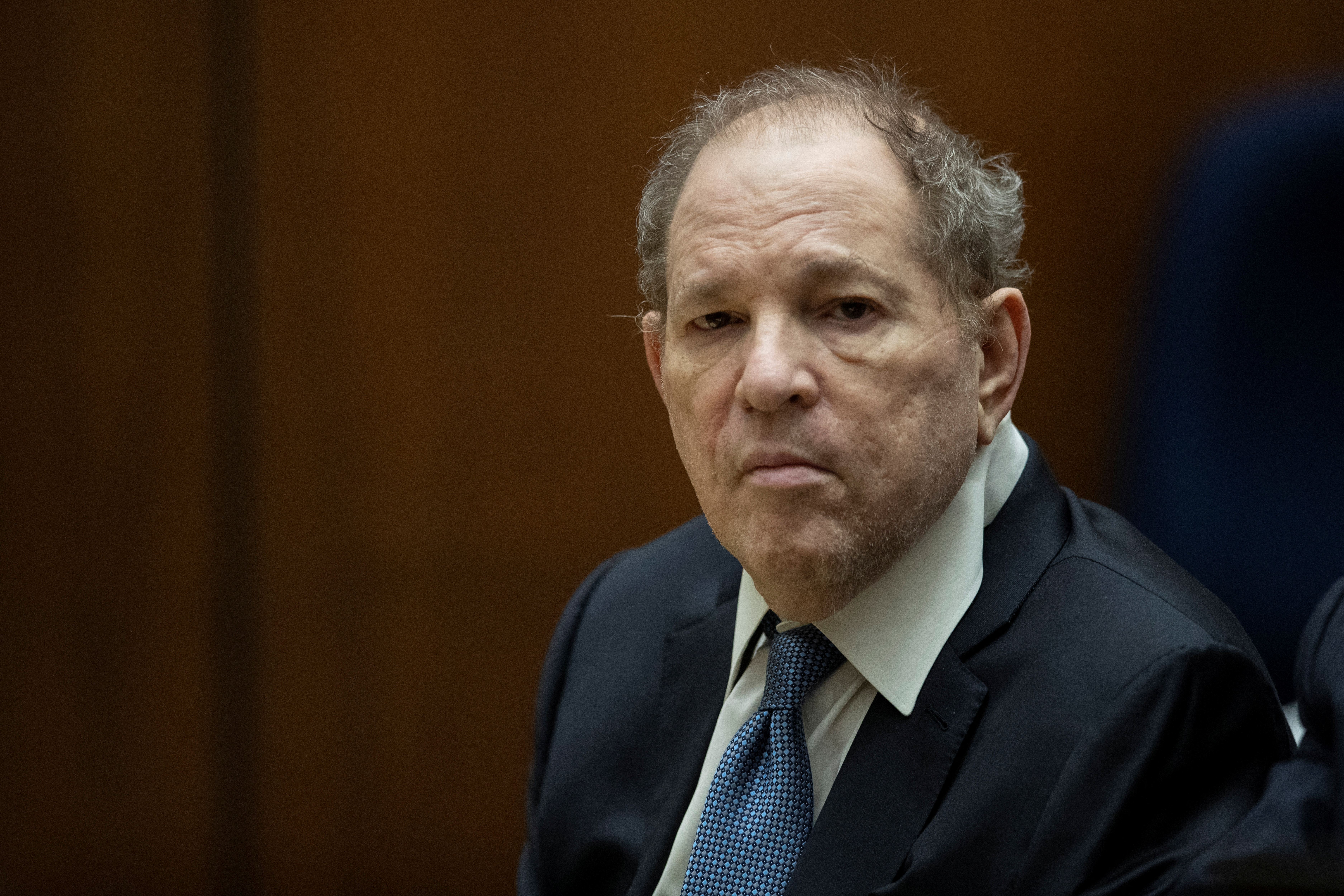 During five weeks of testimony in Los Angeles Superior Court, accusers including documentary filmmaker Siebel Newsom said Weinstein lured them to what they believed were business meetings.

Superior Court Judge Lisa Lench declared a mistrial on the counts where the jury could not reach a verdict, including the allegations made by Siebel Newsom.

The women had alleged during often graphic testimony that the powerful producer of “Pulp Fiction” and “Shakespeare in Love” masturbated in front of them and groped or raped them.

Siebel Newsom and three other women offered testimony that provided the basis for the two counts of rape and five counts of sexual assault that Weinstein faced.

Four additional women offered similar stories to buttress the prosecution’s arguments that Weinstein routinely abused his position as a Hollywood power player to prey on women.

They said he promised help with securing an audition or a book deal, then arranged meetings where staff disappeared and left them alone with him.

Weinstein said all of his sexual encounters were consensual and pleaded not guilty.

Defense attorneys argued that the women willingly had sex with Weinstein because they believed he would help their careers, part of what they said was a widespread “casting couch” culture in the film industry. In two of the cases, they said the sexual contact was fabricated.

They also highlighted that some of the accusers, including Siebel Newsom, kept in contact with Weinstein, which they argued did not make sense if he had attacked them.

Siebel Newsom attended a pre-Oscars party hosted by Weinstein with her husband, and sent Weinstein dozens of friendly emails over the years.

Weinstein was convicted of sexual misconduct in New York in February 2020. He was extradited from New York to a Los Angeles prison in July 2021.

In New York, Weinstein is appealing his conviction and prison sentence.

Allegations against Weinstein helped fuel the #MeToo movement of women speaking out against sexual harassment and abuse by powerful men in media, politics and other spheres.

by Lisa Richwine and Tim Reid in Los Angeles