The event will take place at the Mirelle’s 170 post Avenue Westbury, New York and tickets are being sold at $110.

The purpose of the annual fund raising by the foundation, is to raise money to provide financial assistance through scholarships and grants to under-privileged students in Africa, to meet their educational needs.

Africa has the fastest growing population in the world estimated to be 2.8 billion in the year 2060 with median age of 20 years. Currently, only 6% of these people can be enrolled in a tertiary education largely due to lack of financial support.

Most Students need $1,000.00 – $2,000.00 per semester to cover their educational expenses in a tertiary institution. The foundation support students in Ghana – West Africa for scholarships to these under-privilege students.

Your contribution of $1,000.00 or more to Baldwin University Foundation Inc. will help the foundation to expand their scholarship program.

See the flyer below for further details 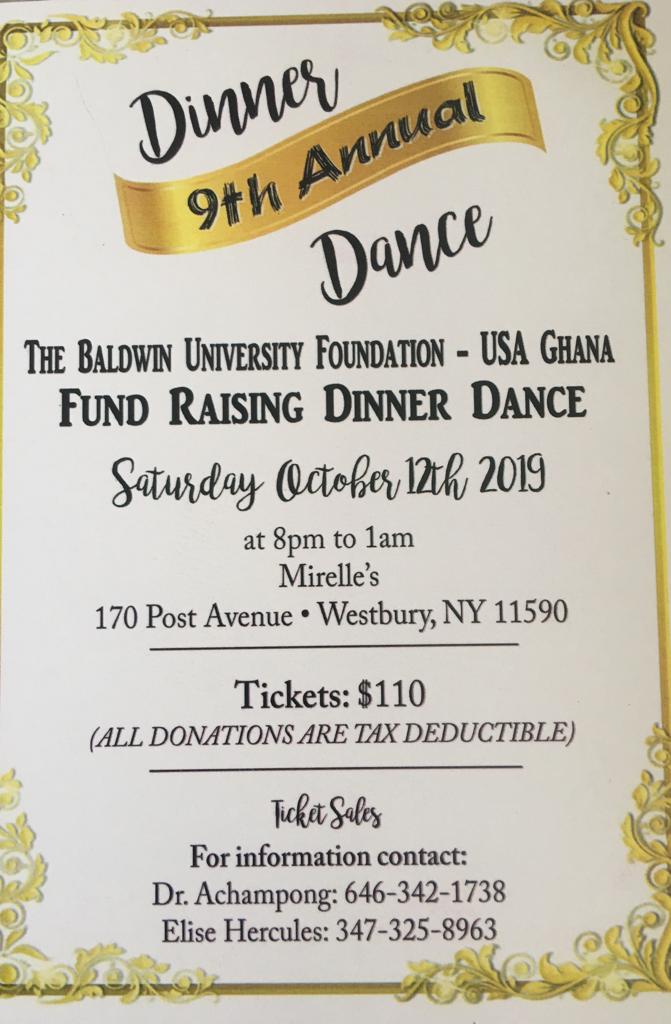 BEIJING (AP) — U.S. and Chinese trade negotiators are meeting this week for talks President Donald Trump says will help decide whether he escalates a technology dispute by going ahead with a March 2 tariff hike on $200 billion of imports from China.

Two days of talks starting Thursday allow too little time to resolve the war over Beijing’s technology ambitions that threatens to drag on weakening global economic growth, businesspeople and economists say. They believe China’s goal is to make enough progress to persuade Trump to extend his deadline.

There are few signs of movement on the thorniest issue: Washington’s demand that Beijing scale back its efforts to nurture world leaders in robotics and other technologies. China’s trading partners say the state support for industries violates Beijing’s market-opening obligations and some American officials worry they might erode U.S. industrial leadership.

This week, Beijing wants “to see the threat of additional tariff imposition being removed for as long as possible,” with minimal conditions attached, said Louis Kuijs of Oxford Economics.

Trump’s December agreement to postpone more tariff hikes while the two sides negotiate expires March 1. The following day, a 10 percent tariff imposed in July on $200 billion of Chinese imports would rise to 25 percent.

On Tuesday, Trump said while he is not inclined to extend the March 2 deadline, he might let it “slide for a little while” if talks go well. Earlier, the White House called March 2 a “hard deadline.” 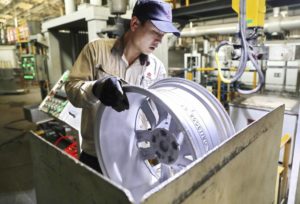